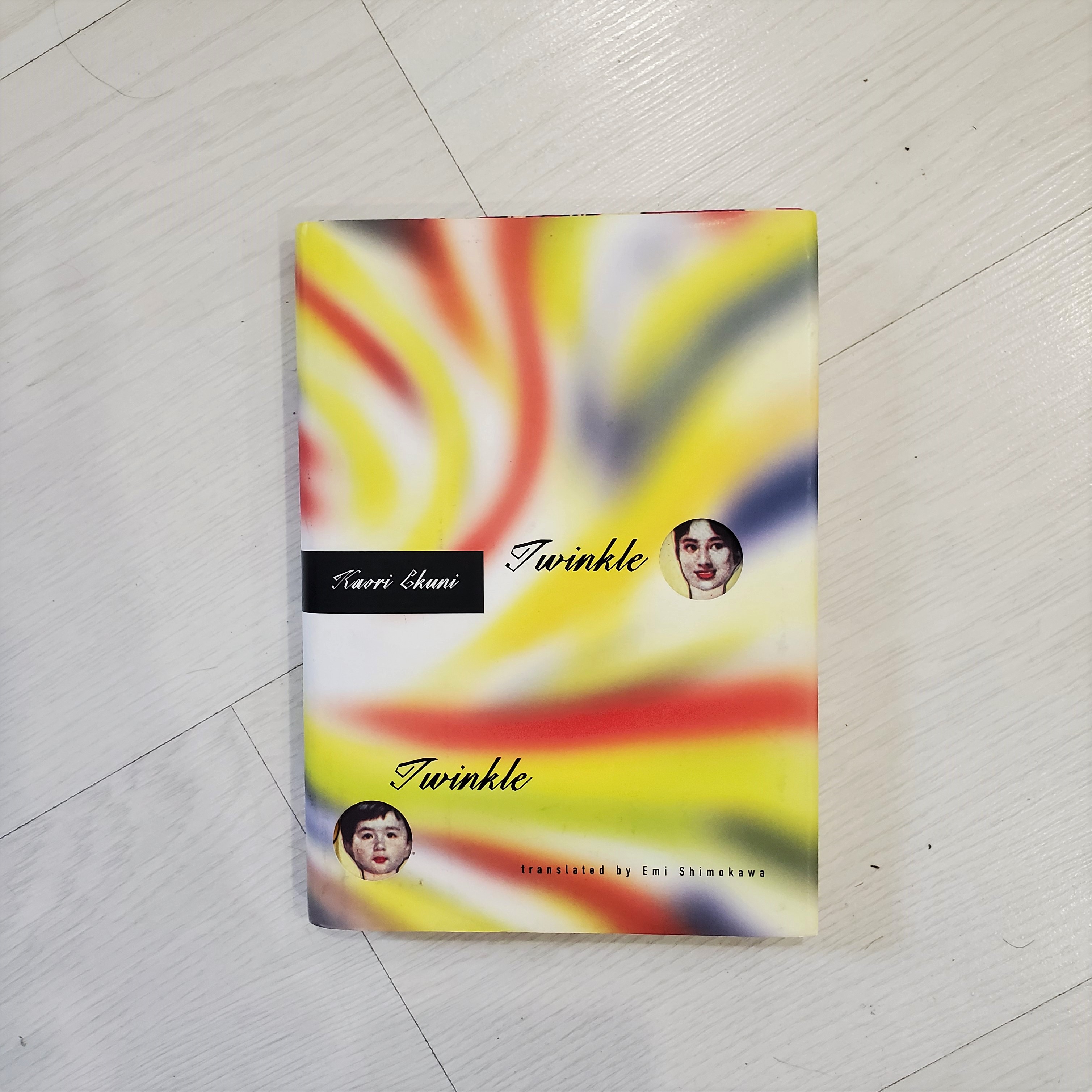 Twinkle Twinkle tells a very compelling story of Mutsuki, a gay medical doctor, and Shoko, a slightly mentally unstable translator who joined hands in marriage, because of their parents’ pressures. Mutsuki was a kind and understanding man. He had a boyfriend and continued to see him after marriage (Shoko agreed to this), while Shoko had broken up with her boyfriend before their first date (or rather her boyfriend broke up with her). Seeing that Shoko was easily irritated, unstable, and lonely, Mutsuki urged her to find a lover and even arranged for her to get back to her ex boyfriend on one occasion with the help of her best friend, which launched Shoko into a rage.

By the way, I like his system of shelving his books by country on his bookshelves, the same way I did mine. But I digress.

No sooner after their marriage, they were pressured to have a child, which caused a lot of stress for both of them, Mutsuki being homosexual and Shoko having no interest in intercourse. So Shoko went to see a gynecologist (who was her husband’s colleague) and looked into artificial insemination, but Mutsuki was not up for it. What would they do to live in peace and resolve their complicated marriage? You would have to read the book to find out Shoko’s shocking idea of the artificial insemination, and the unconventional solution they came up with.

On top of the homosexual issue, this book certainly reflects the pressing issue in Japanese society that a growing number of Japanese women do not want to marry, or do not want to have a child in marriage, or just want to have a child via artificial insemination without being in a relationship. Other authors also depicted this social issue in recently published novels, like Convenience Store Woman by Sayaka Murata, or Breasts and Eggs by Mieko Kawakami.

I recently watched a Japanese show on Netflix (“Followers”) which tackles the same issue (among various themes in the show). It portrays a very successful professional photographer who desperately wanted to have a child but did not want to get married at all, because she did not want to sacrifice her career for it. She wanted both a career and a child (which seems hard to achieve in a conformist society!?).

Ekuni’s writing is very smooth, gentle, and entertaining. It’s as sweet as a piece of milk chocolate that I occasionally want to taste (even though I definitely prefer dark chocolate). Her sweet writing reminded me of Ito Ogawa’s even sweeter writing in the novel The Restaurant of Love Regained. Absolutely for those who have a sweet tooth 🙂

This was just delivered. Excited to start this book!
My birthday presents this year.
Took stock of my modest Korean lit collection to get ready for #koreanmarch
I'm slowly making my way thru the list of novels recommended on the blog Contemporary Japanese Literature, and I'm so glad I picked this one to read.
Started this book to get more insights into Japanese literature.
In case you haven't noticed, Globetrotting in The NY Times is a helpful resource for your upcoming books in translation in 2021.
I'm glad I finished off the year with a great romantic love story.
My most anticipated translated fiction in the first half of 2021.
I'm glad Tokyo Ueno Station won the National Book Award for Translated Literature this year. I read it when it first came out in Mar 2019 and really loved it.